THE CITIES OF ART

A wonderful sky view shot of the city of Florence showing the imposing structure of the Duomo .The Florentine Duomo that we see today is the result of long hard work throughout more than six centuries of history: the architectural project which remains the basis of that drawn up by Arnolfo di Cambio at the end of 13th century, the “cupola”, an important symbol of Tuscany, which is fruit of the genius of Filippo Brunalleschi during the Italian Renaissance period, and the façade terminated at the end of the 19th century.

Beautiful image of Miracles Square in Pisa with in the foreground the famous leaning tower and the erect cathedral for a wish of some citizens beginning from 1064. The History and the Space of the Square, her order and the changes in the centuries, beginning from the birth of the monumental complex and referring to the archaeological preesistenzes, the relationship between the Square and the City, in the historical and artistic-cultural context; The Fortune of the Monumental Complex in the time, through the eye and the pen of artists, writers, travellers that have left testimonies, figurative or literary, of theirs vision of the Square.

An amazing sky view of Porto Antico of Genova where there is also the biggest acquarium in Europe. Visiting the Aquarium of Genoa is like taking an emotional trip across the immensity of the oceans. It is a unique experience of discovering a universe rich in life and full of mysterious figures and strange creatures. Seals, dolphins, penguins, sharks, and fish of all shapes and colours will accompany you all along the path of discovery of the marine world. The port is sole agent for the Council of Genova of 130.000mq of old port, of which 71.000mq is covered space and 59.000mq is open space. The duration of the concession dates from July 1995 until the year 2050. The company – 51% Council of Genova, 39% House of Commerce, and 10% the Port Authorities of Genova. The aim is to return the area of the ancient port to the City of Genova rendering it liveable and enjoyable all year round. This is made possible due to the organisation of cultural events, conferences, and the construction of structures of general interest thus creating attractions for national and international tourism. Throughout the last few years these goals have been achieved in a gradual, thoughtful way, respecting the area and the concession granted.

Piazza del campo, one of the most representative and famous medieval piazzas of our peninsular. It occupies the site of the ancient Roman forum and is to this day the topographical centre of the city. It owes its fame to its ingenious valve shaped form resembling a shell, the likeness is denoted also by the long lines of light coloured stone placed in a radial form which divide into sections the 14th century ancient brick pavement, almost resembling the stripes of a sea shell. The piazza takes advantage of the natural sinking of the land formed by the union of the three hills on which the city sits therefore creating an amazing panoramic effect. The 14th century palazzos circle the piazza, they are partly crenelated and partly turreted, they close off the piazza, making it the most important attraction of the city. All of the piazza converges towards the Palazzo Pubblico, which is the element that stands out most.

An agglomerate of ancient origin, first a colony and then a Roman council: situated in the north west part of Tuscany, close to the Versilia coast line and only 60 km from Florence. The city of Lucca (85.000 inhabitants) boasts an enormous historical and artistic patrimony, conserved throughout the centuries. The historical centre, where it is still possible to trace the original shape of the ancient Roman colony, is distinguished by the elegant palazzos, gardens, ancient medieval towers and characteristic shops; it hosts a numerous amount of churches, the majority of which are of typical Romanesque style. The fortified city wall which closes in all of the ancient city was constructed in 1500 and is to this day entirely accessible by bike or on foot, it is 4km long.

The city of Parma hosts 170.000 inhabitants. It is situated in the region of Emilia Romagna, half way between Milan and Bologna. It can be easily reached by train , by plane or by motorway. The city boasts monuments of particular significance, ranging from the Romanesque period to Liberty. In particular it was influenced by the government of Maria Luigia, wife of Napoleon, when it was the capital of the Ducato di Parma, Piacenza and Guastalla. The entire province hosts 400.000 inhabitants; it is characterized by the pleasant vast mountain areas scattered with numerous castles. Parma is famous for being the capital of Italian gastronomy thanks to its inimitable products, in particular, Prosciutto di Parma, other cured meats and the world wide famous Parmigiano – Reggiano ( parmesan cheese). 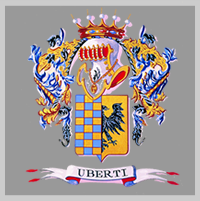